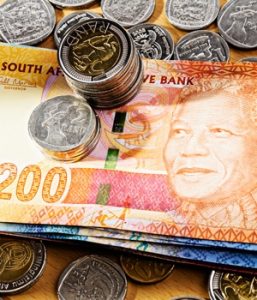 The rand, which lost over 2% against the dollar on Thursday, weakened again in early trade on Friday, losing another 1.4% by 09:38 to trade at R13.92 to the dollar.

Adam Phillips, treasury specialist at Umkhulu Consulting, warned in a morning note that the local currency could be approaching the R14/$ level. He said this was mainly due to it being “pushed” lower by fellow emerging market currencies such as the Russian rouble and the Turkish lira.

The local currency was at around R13.30/$ ahead of the public holiday on Thursday, and has since lost over 60c to the greenback.

Bianca Botes, corporate treasury manager at Peregrine Treasury Solutions, said in a morning note that the rand’s fall was linked to dollar strength.

“The rand is certainly on the back foot as the dollar continues to squeeze emerging market currencies,” Botes said. US consumer price index (CPI) data is set for release on Friday and will serve as an indicator of investor expectations of interest rate hikes. “The general consensus is for CPI in the US to rise, which will certainly add to emerging market currency woes,” said Botes.