Hundreds of ANC Youth League supporters have stormed Absa’s Durban branch in protest, after a leaked draft public protector report indicated that the bank had to repay a R2.25 billion bailout it received during the apartheid era.

The Youth League, alongside other protest groups Black First Land First, have already announced plans to continue with the movement in South Africa’s other major metros in a bid to get the financial institution to pay back the money.

Public Protector Busisiwe Mkhwebane’s leaked draft report found that billions of payments made to the Bankorp group of banks – which was later acquired by Absa – were irregular, and ordered that they be paid back into the fiscus.

Further recommendations included that president Jacob Zuma set up a judicial commission of enquiry into the apartheid-era looting of the estate. 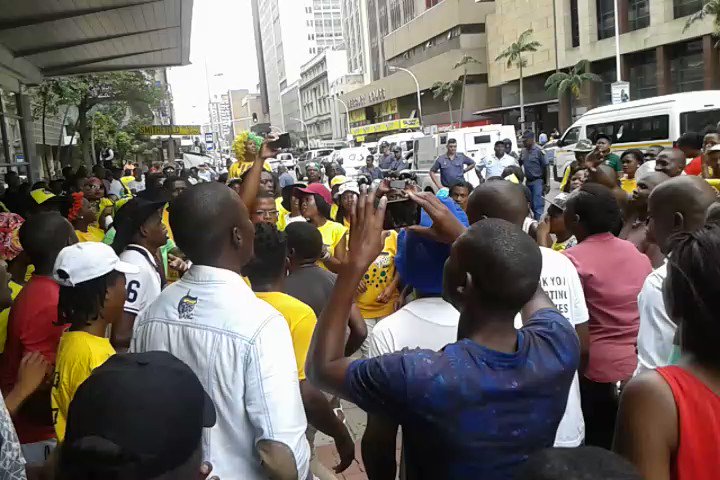 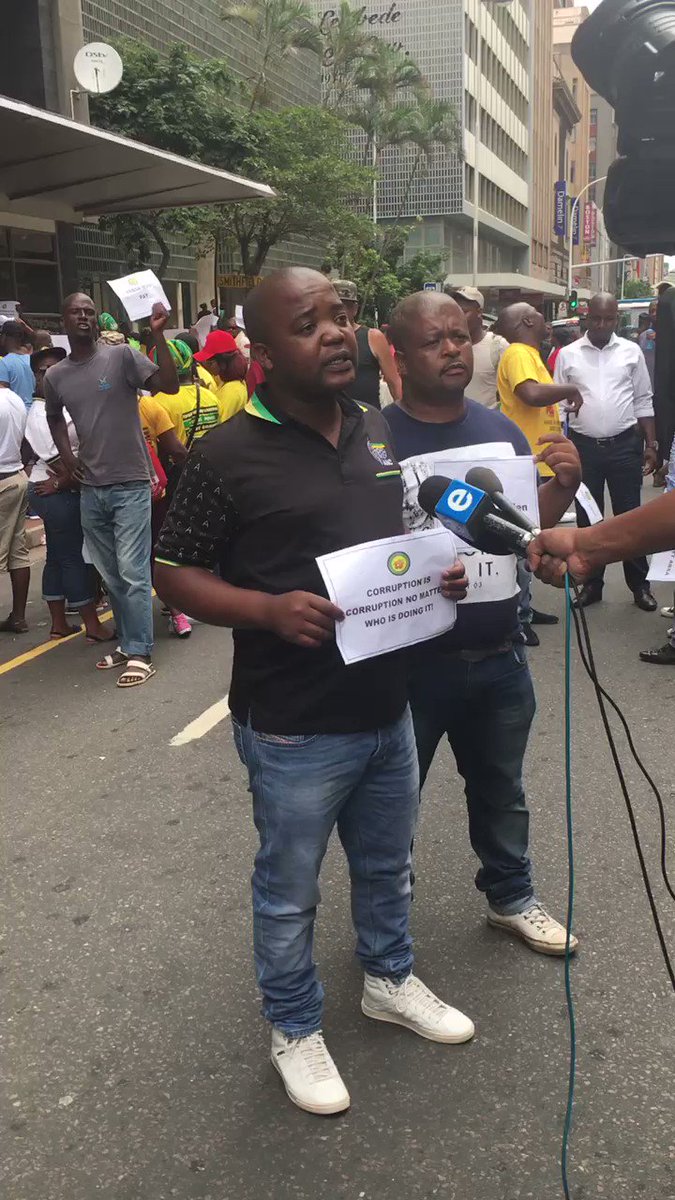 😠😠😠ANC wants ABSA to pay them 2.2 billion rands and they are threatening them, but they are busy blowing millions on useless things mxm